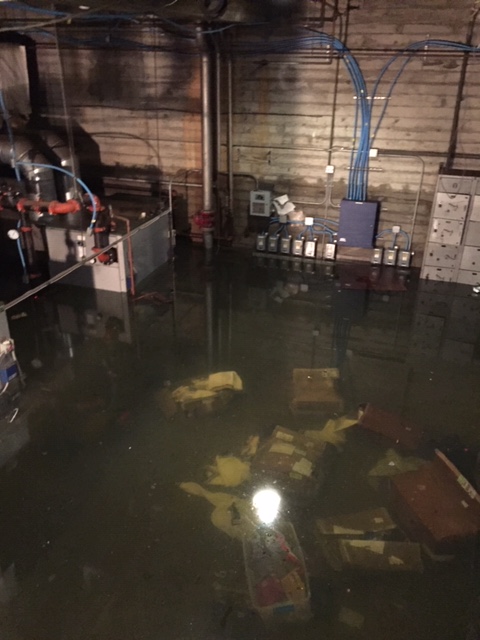 Three of the five boilers that distribute heat throughout the school buildings were submerged in several feet of water, rendering them incapacitated until at least the end of the month.

The recent weather in the Bay Area and in the country has been extremely cold, with temperatures dropping lower than many have seen in 2018 thus far. In the midst of this cold snap, Riordan’s boiler and heating system broke down and many students and faculty members are searching for warmth during these tough, winter days.

Riordan is approaching 70 years of service, meaning a number of the facilities are older and more outdated. The heating system isn’t included in that conversation, as it’s relatively new, having been replaced around 10 years ago.

The heat for the whole school was in the mechanical room under the main office until 2008, when the plant was split up into three areas on campus: under the gym, under the dorm rooms, and under the school.

Over Thanksgiving break, the pressure relief valves exploded as weather storms proceeded through the Bay Area. Water flooded through and the emergency pumps didn’t execute, so it flooded. The plant below the school is the broken one, which means the gym and dorms have heat action.

Plant and facilities manager Scott Rea said, “We are working for a temporary fix by the middle of December, around finals. A permanent fix will be in place in January.”

Until then, students and teachers will try their best to perform under the chilly circumstances. The recommended alternative is to work through the coldness and stay warm, but for some it’s not an easy task.

Darren Chen ’20 said, “It doesn’t affect me, except it makes me more tired than I already am during the course of my classes.”