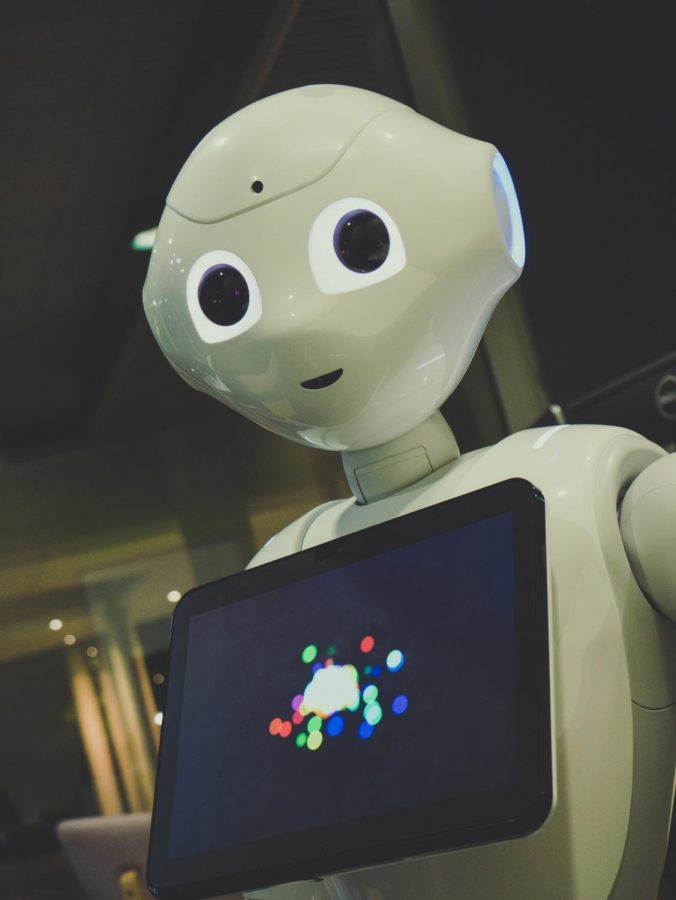 Artificial Intelligence is invading many industries and warehouses around the world, replacing many jobs. A.I. has been evolving over the years, becoming more a threat for other elds.

“Many robots will replace humans in manufacturing and logistics jobs (such as moving objects around, sorting packages, preparing assembly tasks, and tending machines)” according to Stephen McKinley, professor of computer science at the University of California, Berkeley.

Rapid changes and progress in the human brain is happening simultaneously because of the type of technology and development of computer systems able to perform tasks that normally require human intelligence, such as visual perception, speech recognition, decision-making, and translation between language.

“A lot of technology changes at a faster phase never seen before,” said William Marrafao, engineering program instructor at Riordan. Artificial intelligence and robots can outsmart humans by working harder, more precisely, and having almost no rest. They can think just like us, only if engineers are updating daily algorithms and different type of data on a cloud-based program in which the machine can learn. But to really make all this possible, engineers have to spend thousands of dollars, resources, and time, so is it worth it?

Bill Gates, stated on January 29, 2015, that over the next 30 years, there will be “rapid” progress in relations with the computers and technology around the world, not just in more developed countries.

Artificial intelligence is the area of computer science that emphasizes the creation of intelligent machines that work and react like humans, and at the same time, they think just like us. Thanks to improvements and discoveries over the last few years about how robots can be more intelligent, and think just as humans, they can also learn from experiences and adjust to new data.

A.I. first appeared back in 1956, but it became popular a few years ago, for the fact “that computers have become faster, the appearance of advanced algorithms, cheaper, and their processing data is at a very fast rate,” stated Marrafao.

With A.I., one can arguably lessen the risk to expose humans to dangerous journeys. For example, space exploration and the Mars rover, known as Curiosity can travel across the planet without having to risk human lives.

As technology advances, many jobs have begun to disappear, since the replacement of human by intelligent machines. As technology lowers costs, people respond in one of two ways: they buy more of the item or spend their saved money elsewhere, creating needed jobs in those areas.

As a result, some people are starting to fear that A.I. can take over humanity and began its own race, but super high tech advances haven’t arrived yet.

Still, Stephen Hawking stated on Dec. 2, 2014, that artificial intelligence “could spell the end of the human race.”

Basic jobs might be replaced, so people will need to be re-trained in order to perform different kinds of jobs, which will require a higher level of education. It could be a great challenge for society as a whole, because for some people, it will be difficult to be re-trained to perform at high skill jobs. Eventually, new jobs will emerge.

A.I. is really not only improving the world, but human brains. Even though statistics predict that it might cause a temporary surge in a high unemployment rate in the next years, yet there are also positive outcomes.