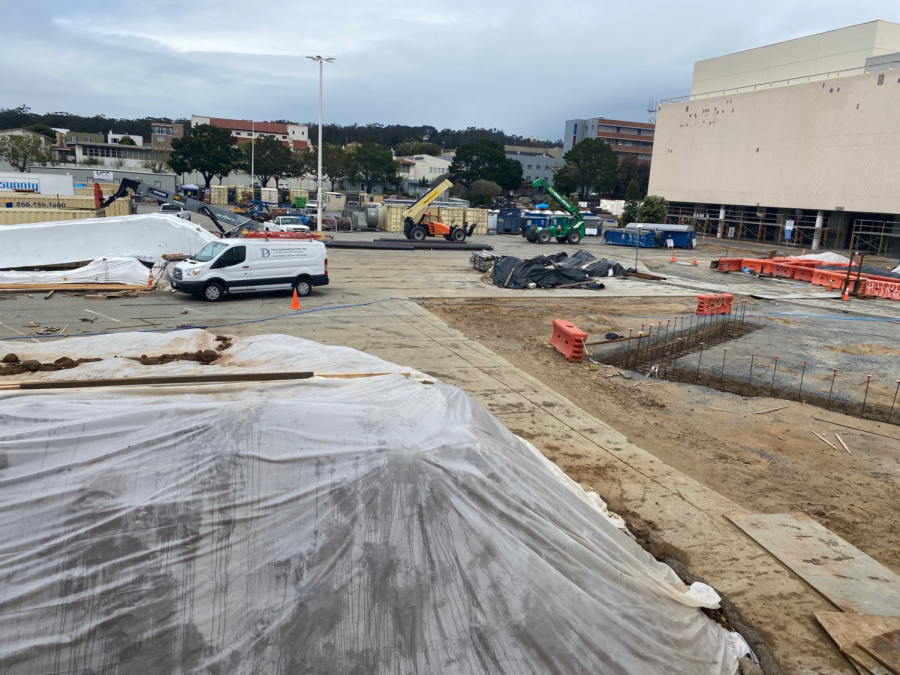 The Stonestown Galleria enters a new era, as construction is underway on new businesses, including a movie theater and Sports Basement.

On the last day, the shelves were empty and the employees outnumbered the shoppers.

Nordstrom, a mainstream store that had been located at Stonestown mall since April 1988–after the renovation that enclosed the mall–shut its doors forever on Sept. 19, 2019. Stonestown has been open since July 1952 and with the economy changing, they have had to change as well.

With Nordstrom declining in popularity, this caused Target’s takeover of the property, with Target becoming a popular store across the city and the nation. Since the economy is changing very quickly, Stonestown has done the same by closing down less popular stores and bringing in new, up to date ones that are bringing in more shoppers.

On May 5, Nordstrom announced it will close 16 more stores across the nation.

Some of the new stores coming to Stonestown include Whole Foods, Sports Basement, and even another movie theater.

“I think these new stores being put in and even the movie theater is helping Stonestown become more popular and fun to go and hang out at,” said Emilio Cruz ’22.

It is also becoming very hard for companies to keep their “brick and mortar” stores open as online shopping becomes bigger. Online stores such as Amazon have caused other mainstream stores to become more digital, which makes it easier to buy the products consumers need, and have them shipped to their home.

Stonestown is bringing in anchor stores like Target and Whole Foods to take over more space to appeal to the market today. As much as Stonestown has changed from being a small outdoor mall (much like Westlake in Daly City is) to how many know it today, it will still change over time to meet the popularity of the economy. This has already happened to two stores: Nordstrom and Macy’s.

After the mandated closures of many businesses to prevent the spread of COVID-19, the only stores at Stonestown that remained open during this time were restaurants (for dine- out only), Target, Trader Joe’s, Pet Food Express, and medical services. Many are hoping the reopening of businesses, coinciding with the completion of construction projects, will spur a resurgence for the nearly 70-year- old mall.