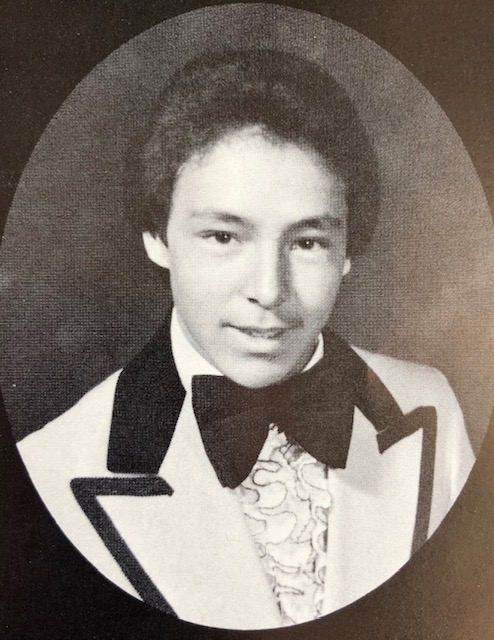 It’s always a difficult task to plan a high school reunion. Some people may be living in different areas, living busy lives, or even not willing to attend altogether. For Riordan’s 1976 planners, there is always someone missing for a reason not completely known.

In 1988, Riordan alumnus Lester Garnier was a fresh-faced 30-year-old working as an undercover vice cop for the San Francisco Police Department. Well-liked by his friends and co-workers, Garnier’s reputation and image as an undercover cop was shaped by his unsuspecting mustache and ability to succeed in difficult situations, like working in vice, which included prostitution and drug cases. He was destined for greatness in his field, many believed, and he had a unique way of thriving.

On the morning of July 11, 1988, Garnier was found dead in a Walnut Creek parking lot. It was abrupt and unlikely, especially since he was still seatbelted into his blue Corvette. When a local security guard found the disturbing scene, he called Garnier’s colleagues to take a look.

As backup arrived, so did the morning light. Investigators determined that Garnier was shot to death with an AMT-380, and it wasn’t any simple crime. This appeared like an execution-style act right off the bat. Right away, the assumptions, theories, rumors, and speculations of what happened arose, but have never been resolved.

Again, Garnier had experience working on a couple of different cases regarding prostitution, so the first assumption was that one of his former suspects had some kind of grudge against him. It’s possible, one theory proposed, that the undercover detective angered someone when they found out the truth of his occupation.

Undercover officers have the opportunity to see civilian life more in-depth than on-duty public officers who may make some of the accused uneasy. Garnier’s nonchalant attitude was a clear indication that he was ideal for the position.

There were a couple of theories as to who might have wanted Garnier dead, and why, but they have remained just that— theories.

So what happened to Lester Garnier and who was responsible for the shooting of a young man with a bright future in the law enforcement industry?

The most realistic and logical suspect, according to the Walnut Creek Police Department website, was was a woman named Catherine Kuntz, who was allegedly working in Concord as a

prostitute around the same time as Garnier’s detective work. When a report was released 20 years later, Kuntz’s fingerprints appeared as a partial match.

That was enough evidence, right? Not so fast. Kuntz was never charged by Contra Costa prosecutors because of the partiality of the print. That didn’t mean Kuntz was off the hook. In later years, she was serving in a Florida jail for cocaine possession and a failed test. In 2009, she was deported back to her home country of Scotland.

According to ABC7 News, Walnut Creek Police Lt. Tim Schultz said in a news conference in the early 2000s, “We don’t have a motive. We have no murder weapon.”

The Walnut Creek Police Department considers this an open case. Anyone who has information is encouraged to call WCPD at 925-943-5868.

In addition, San Francisco has offered a reward of $250,000 for any information that leads to the arrest and prosecution of the person(s) responsible for the murder of Officer Lester Garnier.

This is a prime example of a cold case—one that is looked into every once and a while, but is never solved. It may continue to be that way for 30 more years, but we’ll never know for sure.

We do know one thing: graduates of the Class of 1976 will continue to have an empty seat at the table for one of their own, a man who was simply trying to do his job, and trying to do it well.