America needs to do better 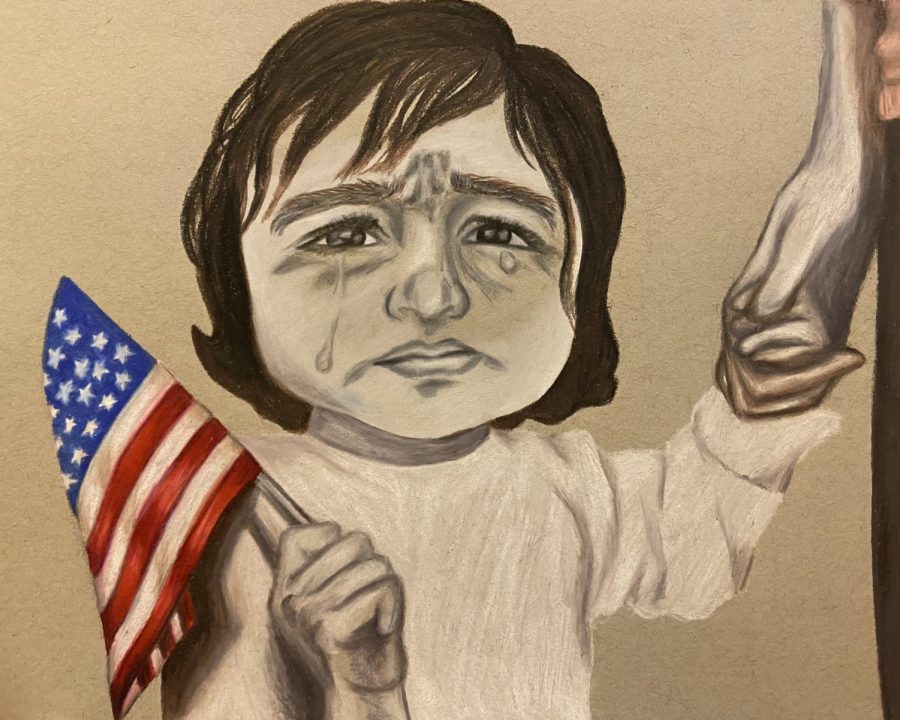 On Jan. 6, a group of Trump supporters gathered near the Capitol to hear President Trump speak. The outgoing President used the rally to whip the group into a riotous state before letting them loose on the U.S. Capitol to attempt to stop the counting of electoral votes. Many of the President’s loyalists suggested the same, like Rudy Giuliani said, “Let’s have a trial by combat.” Trump supporters then pushed their way into the halls of Congress where the Senate and House of Representatives were meeting.

As they stormed past the meager police defence and gallivanted through some of the most important buildings in the entire United States of America, these rioters showed complete lack of respect for the people they were threatening. We have all seen the images of podiums and mail being stolen, with the latter being a federal offense, yet few (compared to the number in attendance) of the “protestors” were arrested on the spot, and even fewer were halted by force during the first several minutes of the assault on our symbol of democracy.

This is in stark contrast to the recent Black Lives Matter protests, where peaceful protestors were regularly attacked by police and the National Guard. These peaceful protests were treated as dangerous riots, with the police arriving in full riot gear and wielding tear gas and rubber bullets. Meanwhile, when an admittedly smaller group armed with weapons forces their way into our Capitol, the police are apparently unable to do anything about it.

This is a poor showing of our country. Unable to accept that the people have made a choice other than him, Donald Trump has incited his most loyal voters to stage a coup in his name. Looking past the cowardice it takes to make someone else commit treason for you, it shows just how little Trump actually cares about the government he has been leading for the past four years.

Following this assault on Democracy, we must all consider how we intend to proceed. Trump’s cabinet can potentially invoke the 25th Amendment and attempt to remove the president from office. Another attempt at impeachment is also an option. Finally, we could simply wait until the President-elect Joe Biden is sworn in, but in that time, Trump could do even more to try and interfere with the transfer of power and incite more violence.

Of all these options, the best one is probably invoking the 25th, as it is the quickest and most effective method. Unfortunately, it would require half of the president’s cabinet and the vice president, who often seem fiercely loyal to Trump. If we are forced to wait until Biden can be sworn into office, it is important that we never forget what Trump has done, and how we need to fix our country.

Every 18-year-old has the ability and the responsibility to make the USA the best it can be, a responsibility we can fulfill by voting in every election we can and voicing our support for the reforms we dearly need and peacefully protesting against the systemic problems currently plaguing our home.

The Staff of The Crusader wants everyone who was involved in this attack to be prosecuted to the full extent of the law. We also want to keep the people who died and were injured in our prayers, and their families too. This blatant disregard for our country’s morals can not be allowed in America under any circumstance.  WE have to do better, and WE must try to come together no matter what side we are on, and make peace with one another, because that is what America is all about.