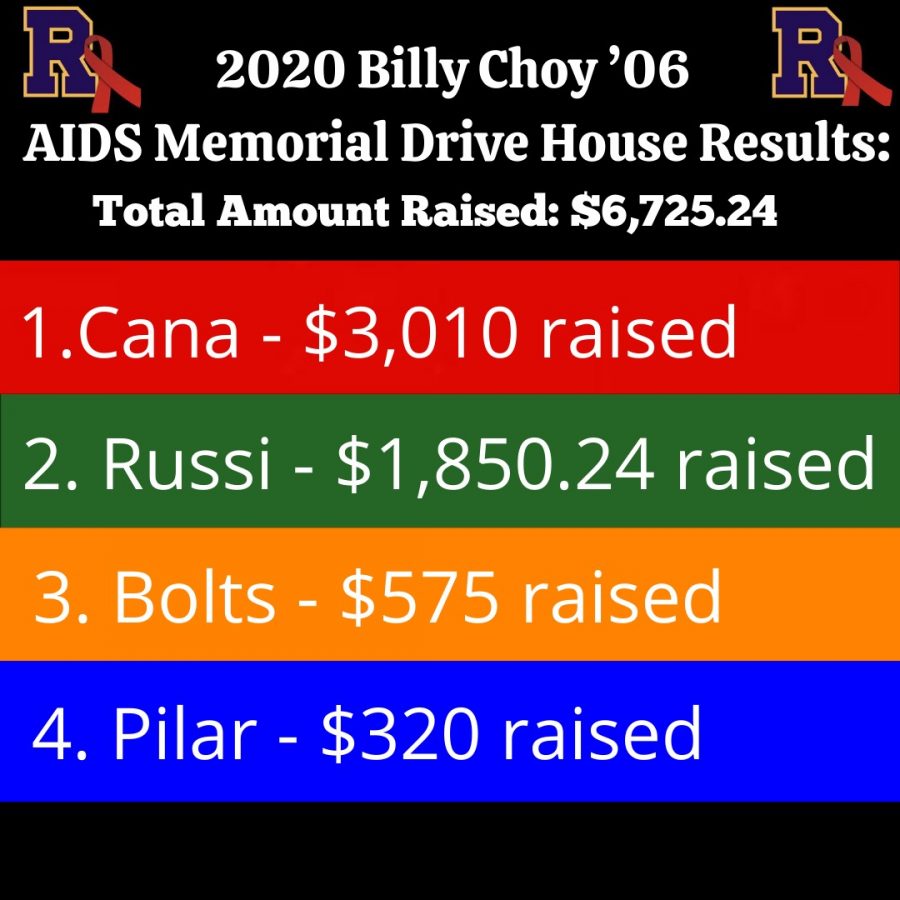 Billy Choy was in the graduating class of 2006 at Archbishop Riordan High School. During Choy’s time at Riordan, he was a very focused and passionate student, even though he was fighting AIDS. That didn’t stop him nor did it put him in a bad mood.

Choy participated in many activities at Riordan such as musicals and plays. He was also a part of campus ministry, as he loved to be involved in his school.

According to Drama teacher Valerie O’Riordan, “Billy participated in the play One Flew over the Cuckoo’s Nest in which Billy played the role of Chief Bromden.”

Although Billy was dealing with AIDS and having to go to the doctors frequently, he still managed to keep a focused and serious mindset.

The AIDS Memorial Drive has been a Riordan tradition for 14 years.

According to Josh Keeney, co-moderator of the CORE Team,  “The main goal of the memorial drive is to raise money for people who are currently fighting AIDS.”

A few years ago, after Choy died, it was named in his honor.

The drive has been part of a House competition at Riordan for about four years now, and faculty, staff, students and parents donate to help the cause. The donation goal for the 2020-21 school year was $2,000. During this year’s Memorial drive all four of the houses and other outside donors donated a total of $6,725.24 via online and and checks.

This year’s donation collection was the second highest ever collected since 2017. Each donation is counted as points towards each house. Cana raised $3,010, Russi $1,850.24, Bolts $575, and Pilar $320 by the designated deadline.