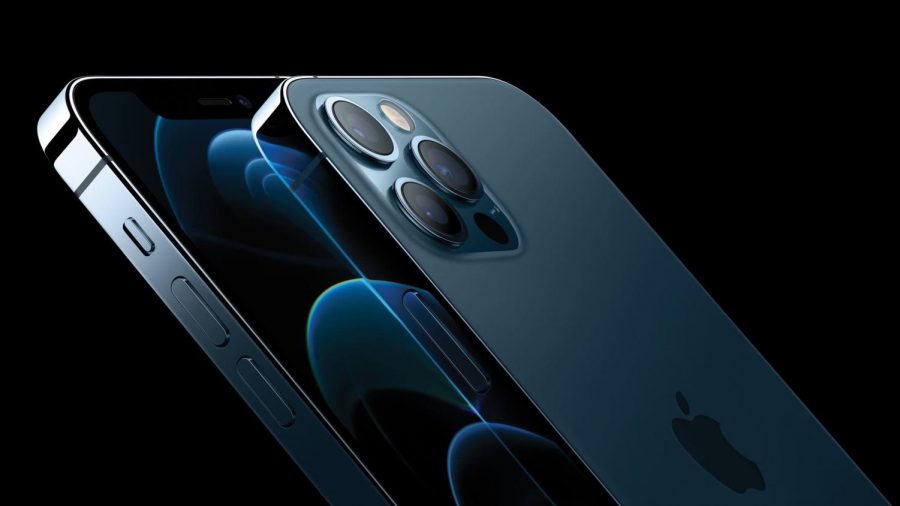 Apple introduced its latest model of the iPhone in October.

On Oct. 13, Apple hosted a product announcement event titled Hello Speed where they introduced their newest iPhone, the iPhone 12.

Riordan alumnus Antonio Maffei ’20 stated that the iPhone 12 lineup includes “the most advanced iPhones we have ever created from the 5G technology to the breakthrough camera system.”

These new phones boast a new design with 5G cellular connectivity, night mode on all cameras, and cameras that will allow people to shoot professional movies with Dolby Vision HDR, one of the primary formats for high dynamic range (HDR) content.

This allows videos recorded on the new iPhones a broader palette of colors to work with and greater ranges of light and dark.  DV Art instructor Viggen Rassam said, “As a person who uses the phone for photos and videos, it is nice that those parts get enhanced.”

The Mini and 12 models have an advanced dual-camera system with the Pro and Pro Max models having the Pro camera system and the LiDAR scanner, which  ‘maps’ an area surrounding it by measuring distances of objects via reflecting light rays. This helps take Night Mode portraits and allows for photos to be edited using augmented reality.

The Pro and Pro Max models are compatible with new magnetically-attached wireless chargers named MagSafe. Director of IT John Wu said, “I don’t think the iPhone 12 is a significant change to their previous lineups besides the design, 5G, and MagSafe.”

Marko Kesler ’23 agrees and stated, “I don’t personally think that there are many changes that are game-changing.”

Rassam added, “The 5G technology seems to be crisper and the feel of the flat edges has a nicer feel in the hand.”

Apple announced that when users purchase the new iPhone, it will no longer include a power charger or earbuds in the box, it will just include a USB-C to Lightning cable. The main reason for this change was environmental reasons with Apple saying that doing this will be able to save 2 million metric tons of carbon annually.

Apple is also removing the accessories from its existing iPhone models going forward. “It was also the general consensus that most users already have earbuds and a charger therefore the need to include one would be repetitive” stated Maffei.

Overall, Wu said, “The advancements are expected and matches with other phone brands that are out now. It’s really how Apple pairs their hardware with their software to stand out and differentiate from other phones. So I expect future software tweaks that will refine these hardware changes in the coming months.”

Kesler said, “ I think that the iPhone 12 is just another iPhone that Apple releases. I do think it’s interesting how they went back to the shape of the [iPhone] 5 with the sharp edges.”

According to Maffei, this change, “will allow Apple to open up the Mac to endless new possibilities.”