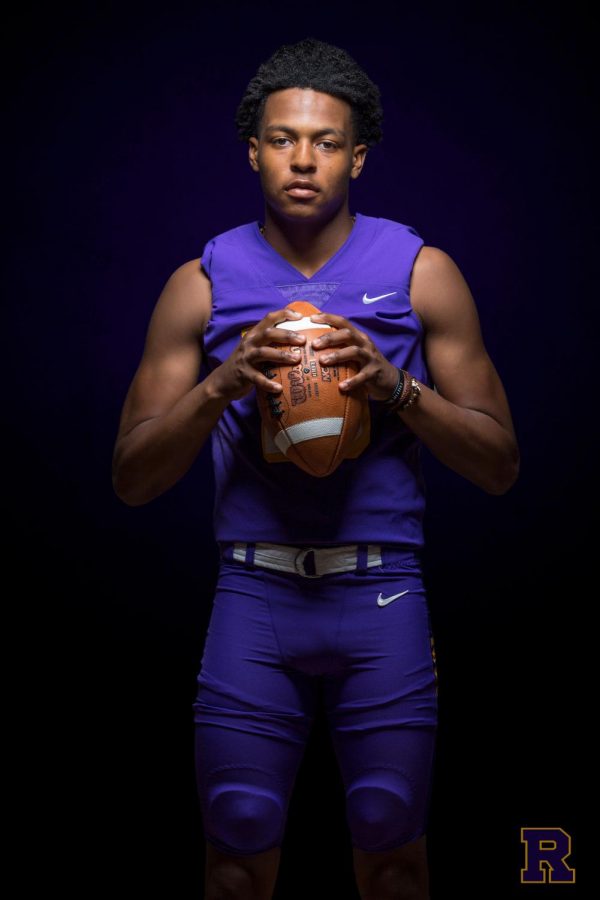 Quarterback AZ Ledbetter '21 is ready for the long delayed football season to begin.

The WCAL football league, set to begin in early January, will be quite exciting for the Crusaders as they look to bounce back from a rough season last year going a mere 3-7 during the regular season. The long offseason gave players more time to improve their game and practice as much as possible, and the players are eager to get back on the field and prove the doubters wrong.

The players are coming out of the off season hungry and one thing that they all have in common is that they want to win. With the season starting up, these three players have been working hard and training over the long off season.

The first standout player coming out into this season is senior quarterback Azaan Ledbetter or better known as “AZ.”  Ledbetter started playing football at 5 years old and he fell in love with the game while watching the 49ers play. Watching the 49ers made him want to get on the field and perform, so when he got the chance to play for the first time he hasn’t looked back since.

Going into this season, Ledbetter’s goal is to win. His expectations for himself and the team is: “just to win honestly, all of the personal awards are cool and all but I want to win.”

Ledbetter hasn’t played on a winning Crusader team in his high school career yet, and all he wants to do is win. The pandemic did not stop him from training as he has been putting all the hours in. He knows that this is his last season, so he has been working very hard to become better than ever.

“Since quarantine first started, I put in work at least two to three times a week,” he stated.

It will be an interesting year for Ledbetter as he is ready to start the season and get back on the field.

The next player looking to come out from an impressive season last year is senior tight end Leo Maranghi. Leo has been playing football since third grade, but his main focus was basketball until the start of high school. In 8th grade, he fell in love with the game when he played with his friends and future teammates on the SF Warriors.

Maranghi stated, “My expectations for our team this year is a CCS championship, and beating both our city opponents for the trophies.”

This goal won’t come easy but with the amount of hard work Maranghi has put in during the off season might be a key factor to achieving this goal.

“I think quarantine helped my training because I had a lot more time to train, and also had less distractions so I was able to be extremely focused on what I wanted for myself,” he said.

The amount of time that Maranghi has put in will show on the field and it will be another interesting story moving throughout the season.

The next player, also in his final year, is running back Fazon Ruth. He started playing football at the age of 5 years old but he said that he fell in love with the game when he scored his first touchdown. Ruth didn’t score that touchdown until 8 or 9 years old and for him “there isn’t any feeling like it.” That first touchdown forever connected him to the game of football and the fact it took so long was what made him want to score more and love football.

For this upcoming season, Ruth stated that his expectations include his continued evolution in his game and a championship run. For Ruth, he spent over a year improving his route running, and footwork.

“Speed is evolution because I already have a versatile package when it comes to the ground game. Expanding that I will be an all purpose (running back),” he said.

Ruth looks to achieve amazing things this year saying he wants “1000 (yards) under my belt,” but the most important thing to Ruth is “coming home with a championship is the main expectation always…there is no i and team. I’ve gotten this far with that mindset and refuse to be selfish.”

Ruth worked hard through quarantine and he is ready to prove to be an all purpose running back for the Crusaders this upcoming season.