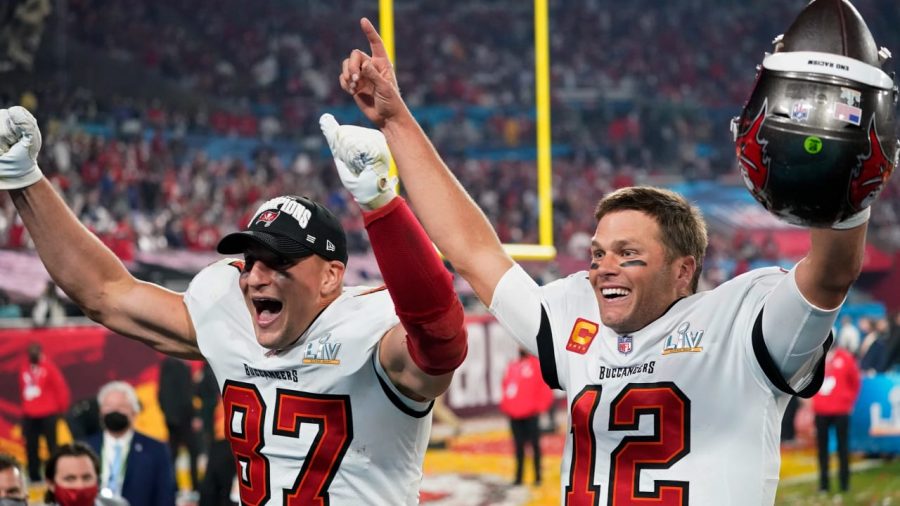 The NFL has been broken up into two conferences since its merger in the late 70s, between the NFC and AFC. Both are well known for their sheer amount of competitors, but during this season the NFC has been on the rise, especially for some teams who were destined to be great.

The NFC West is arguably the best division in football, with multiple teams finishing over .500 and having some of the most recognizable and best players in the division. During the offseason, the Arizona Cardinals got one of the best wide receivers in football, Deandre Hopkins.

Arizona’s 2019 #1 draft pick Kyler Murray is poised to break out and with Hopkins, this is the duo you’ll be hearing about for a while. Now the Hopkins and Ramsey matchup will be even more exciting with the Cardinals and L.A. Rams having many young, talented players.

The L.A. Rams have got one of the best defenses in the NFL. They showed that against their opponents throughout the year being the number 1 pass, run and scoring defense. They traded mid-season last year for All-Pro Jalen Ramsey who is notorious for trash talking, but when you play like him I think you can talk like that. Also, in the trenches they have All-Pro, Pro Bowler, and one of the best players in the NFL, Aaron Donald. This defense is scary and they will be giving the opposing offenses nightmares.

With the Cardinals acquiring one of the best receivers, Seattle went out to get one of the best strong safeties, being All-Pro Jamal Adams. Seattle has always been a great offensive threat, but the lack of defense they’ve had shows and is still a major concern for them. Seattle won the division title and lost in an upset to the Los Angeles Rams on Wild Card Weekend. If Jamal comes back to the Hawks next year, it’s only a matter of time to see what Adams can bring to the table.

The 49ers and Cardinals both missed the playoffs, but with the #13 pick in the draft, fans are interested if the front office will go with a quarterback or another defensive superstar. A quarterback could mean an end for the Jimmy G era, but the team could be front runners for the Super Bowl next year.

If they do happen to get a quarterback, a lot of speculation has them not getting a quarterback with their #13 pick, but instead trading it away for Houston Texan Deshaun Watson. Watson led the league in passing yards for the season with 4,823, averaged 301.4 yards a game and had 33 touchdowns on the season. An addition like that for the 49ers in Kyle Shannahan’s offense would easily put them as a Super Bowl favorite next year and maybe even a MVP front runner for Watson.

The NFC North is led by Aaron Rodgers and the Green Bay Packers. The Packers went ahead in the first round of the NFL 2019 Draft and selected Utah State’s Jordan Love … a quarterback. People believed it to be Aaron Rodgers’ last legs with the Pack, just like how he replaced Hall of Fame legend Brett Favre.

Aaron Rodgers showed everyone that he’s still got some fire left at 37 and is the all time passer rating leader and the fastest quarterback ever to throw for 400 touchdowns. Rodgers looks to be our consensus 2020 NFL MVP and look for a Super Bowl capping off an amazing season by the generational talent.

The NFC South has been dominated by Drew Brees and the New Orleans Saints for many years. The Tampa Bay Buccaneers have been on the rise with a solid all around defense including Pro Bowler Shaquil Barrett, All-Pro Lavonte David, and upcoming sophomore Devin White. They acquired a future Hall of Famer, and some call him the greatest to play, Tom Brady, in the offseason. They made their offense much scarier with another addition in Leonard Fournette and Antonio Brown. This team has high expectations in a stellar offense that has them as Super Bowl contenders.

This is not to take away from the Saints, who signed former Bronco and 49er Emmanuel Sanders, and Super Bowl Champion Malcom Jenkins. The Saints swept the Buccaneers in the regular season, and suffered a loss to Tom Brady and his commanding team in the divisional round of the playoffs. The Saints still have some great players like superstar running back Alvin Kamara and Michael Thomas who set the regular season record for receptions with 149 a year prior. Drew Brees likely is retiring after a devastating loss, but the Saints are in good hands.

Brady is leading this superb Buccaneers offense and if he is still playing in a couple of years, don’t be surprised to see him hold up the Lombardi for a seventh time. People may think Tom is getting older so he is on a decline, but long time football fans know Brady gets better with age.