Freshmen familiarize themselves with Riordan at Family Welcome Night 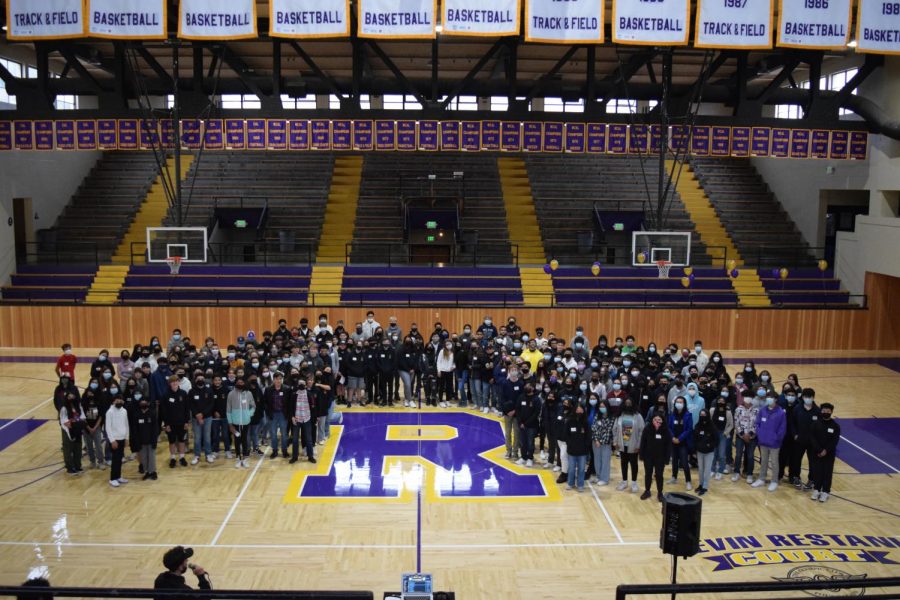 Freshman gathered on the Kevin Restani Court to meet each other and play icebreakers.

On June 30, Archbishop Riordan High School welcomed the incoming class of 2025 and their families to a New Family Night meant to introduce the school to new students and parents. Over 230 families RSVP’d for the event, for an expected attendance of more than 700 people.

The parents of incoming freshmen gathered in the theater for a presentation about Riordan while the freshmen got to know their classmates in the gym.

Admissions Director Danny ’08 Curtin noted that this year, part of the point of the event was to help the freshmen get used to a campus and community that was new to them. He also stated that, “We do this a lot, but it’s very rewarding.”

Two incoming students, Aiden Pavon ’25 and Jaeden Pollock ’25, chose Riordan partially because of the community here, but also because they knew the school was academically impressive. Pavon said he was interested in joining clubs and being part of the community, while Pollock wants to make friends and experience new things.

Another freshman, Ethan Situ ’25, was more interested in finding new challenges and getting involved in sports. Even so, Situ includes academics as one draw to the school, along with welcoming faculty and good sports programs.

There were multiple Riordan alumni at the family night as well, including Nick Poole ’97, who noted the school’s family oriented community as a major reason he wanted his son to attend. As for why Poole attended the family night, he mentioned that he wanted to give his son a chance to meet other freshmen and get comfortable with them before the first day of school.

Angie Chew also had some connection to Riordan, having known others who went to Riordan in the past. She wanted her son to be comfortable at school, but was also interested in how the school was managing the shift to coed.