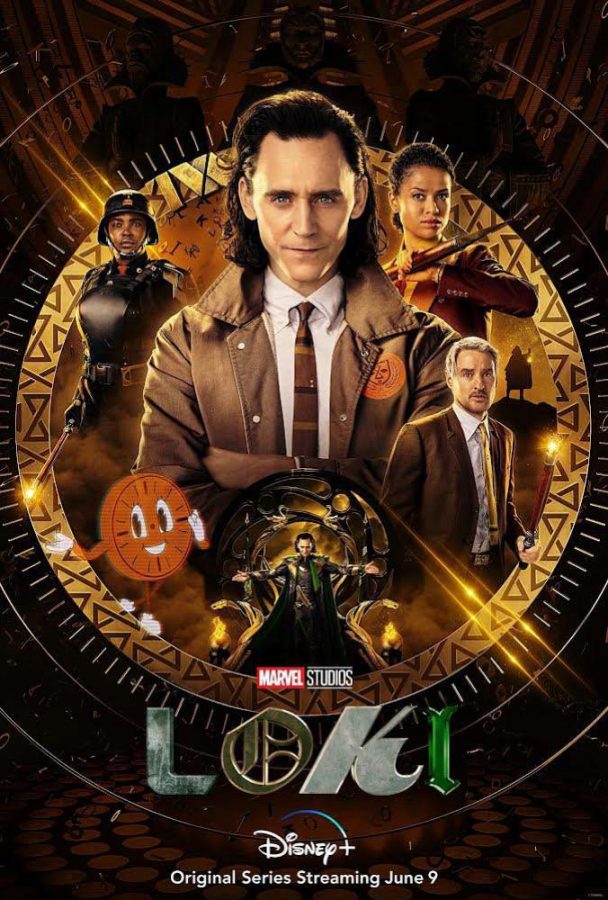 The popular Disney Plus series Loki just concluded its first season and established the tone and direction the Marvel Cinematic Universe (MCU) is headed toward. I want to share my thoughts on the first season of Loki and discuss the impact this show will have on the MCU moving forward. Please be aware that there will be spoilers ahead.

Loki is the third installment of the MCU’s Phase 4 following the stories of the hit shows WandaVision and Falcon and The Winter Soldier, which are currently streaming on Disney Plus. Phase 4 consists of new films and shows that will introduce more heroes and villains as well as continue the stories of characters established in the previous three phases, now called The Infinity Saga.

First, here is an overview of what Loki was about. It picks up after the events of Avengers: Endgame where Loki stole the tesseract and vanished. We see him end up in the Gobi Desert in Mongolia where he is arrested by the Time Variance Authority (TVA). He is then taken to the TVA’s headquarters and learns about their purpose in protecting the Sacred Timeline and preventing something universally worse. From then on, Loki goes on a journey of self-discovery, uncovering the dark secrets about the TVA, and meeting other variants of himself. By the end of the season, Loki is in deep trouble and the audience is left with the excitement of what is to come next in the MCU.

In my opinion, season one of Loki has been the best Marvel Studios installment from Phase 4 so far. It was a mystery from the start and kept the audience guessing until the very last episode. The show was extremely unpredictable in that it was really hard to tell where each episode would take the audience. There were several possibilities of how things could turn out, which made the show much more thrilling and fun to conjure up theories.

Additionally, Loki’s character development was very well-written and the show really took his character to another level and displayed growth and maturity. By the end of the season, we are left with a different Loki than we have ever known him to be throughout his time in the MCU. Furthermore, the CGI and VFX production was superb and made the new universe set up in the show feel extremely real.

Next, let’s talk about how season one of Loki, particularly the final episode, will affect the future of the MCU. There will be spoilers, so stop reading if you intend to watch the show and haven’t yet. In the final episode, we are introduced to a character played by actor Jonathan Majors. This is a significant introduction because he is set to play Kang the Conqueror in the film Ant-Man and the Wasp: Quantumania in 2023 and be the next major-level villain the Avengers will have to face. However, in Loki, we learn that Jonathan Majors’ character is not Kang the Conqueror, rather he is titled He Who Remains, a benevolent variant of the big villain who controls all of time. He is the creator of the Sacred Timeline and the TVA.

We learn that he was a scientist in the 31st century who discovered that parallel universes were stacked on top of each other. He communicated with these other universes and met other variants of himself and peacefully shared technology with each other. However, not every variant of He Who Remains was benevolent. The evil variants of He Who Remains started a war for supremacy and caused chaos within the multiverse. He explains that he created the TVA after the end of the first war to prevent any multiversal war from happening again. 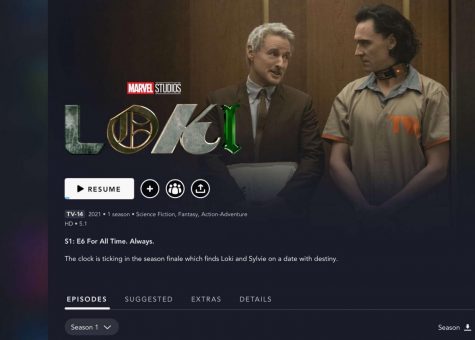 However, by the end of the episode, Sylvie, a variant of Loki, kills He Who Remains and hundreds of different branches on the Sacred Timeline are created, implying the beginning of another multiversal war. Now, we are left with the threat of several different versions of He Who Remains coming to the MCU. An evil variant of He Who Remains we are confirmed to meet is Kang the Conqueror, one of the most significant villains the Avengers have ever faced in the comics. In those comics, he is a master of time travel and seeks to conquer all of the different timelines to become the most powerful ruler in the universe.

This is extremely exciting because Loki set up the plot points for several Marvel movies to come, such as Spider-Man: No Way Home, Dr. Strange in The Multiverse of Madness, and Ant-Man and the Wasp: Quantumania. I am most looking forward to these three movies because it is confirmed the heroes in these movies will be dealing with the problems caused by Sylvie in this past season of Loki.

It is confirmed that Spider-Man: No Way Home will consist of the villains Dr. Otto Octavius, played by Alfred Molina, and Electro, played by Jamie Foxx. Alfred Molina previously played Dr. Otto Octavius in Tobey Maguire’s Spider-Man movie in 2004 titled Spider-Man 2 and Jamie Foxx played Electro in Andrew Garfield’s Spider-Man movie in 2014, The Amazing Spider-Man 2. With these characters from different universes coming to the MCU to face Tom Holland’s Spider-Man on Dec. 17, 2021, it is likely Spider-Man will encounter alternate timelines. It is also confirmed that Dr. Strange will play a role in this movie as well, a character linked directly to the multiverse.

Dr. Strange and Wanda Maximoff, the Scarlet Witch, will have their own set of issues dealing with the multiverse in Dr. Strange in the Multiverse of Madness, coming on March 25, 2022. These two sorcerers, played by Benedict Cumberbatch and Elizabeth Olson, respectively, are the key to ending the multiversal war because of their magical capabilities.

Ant-Man, played by Paul Rudd, and The Wasp, played by Evangeline Lily, will be facing Kang the Conqueror for the first time in Ant-Man and the Wasp: Quantumania coming on Feb. 17, 2023. They are also key components to ending the threat that is Kang the Conqueror and the multiversal war because of their knowledge of the Quantum Realm, where time passes differently (as explained in Avengers: Endgame).

The idea of a multiverse is extremely thrilling to think about because we may be able to see different variants of our favorite Marvel characters who are not here anymore, like Iron Man or Captain America. Also, the multiverse sets up the introduction of the Fantastic 4 and other Marvel characters, like Deadpool, who were all previously owned by Fox. It would make sense to bring the Fantastic 4 into the MCU because in the comics, a variant of Kang has gone by the name Nathaniel Richards, a descendant of Reed Richards, Mr. Fantastic, a scientist with elastic abilities and a member of the Fantastic 4.

With the multiverse, Marvel could find a way to bring those characters over from different universes to join forces with the Avengers to end the multiversal war and end Kang the Conqueror’s conquest. There are so many possibilities Marvel has opened with this past season of Loki and I am extremely excited for what is to come.