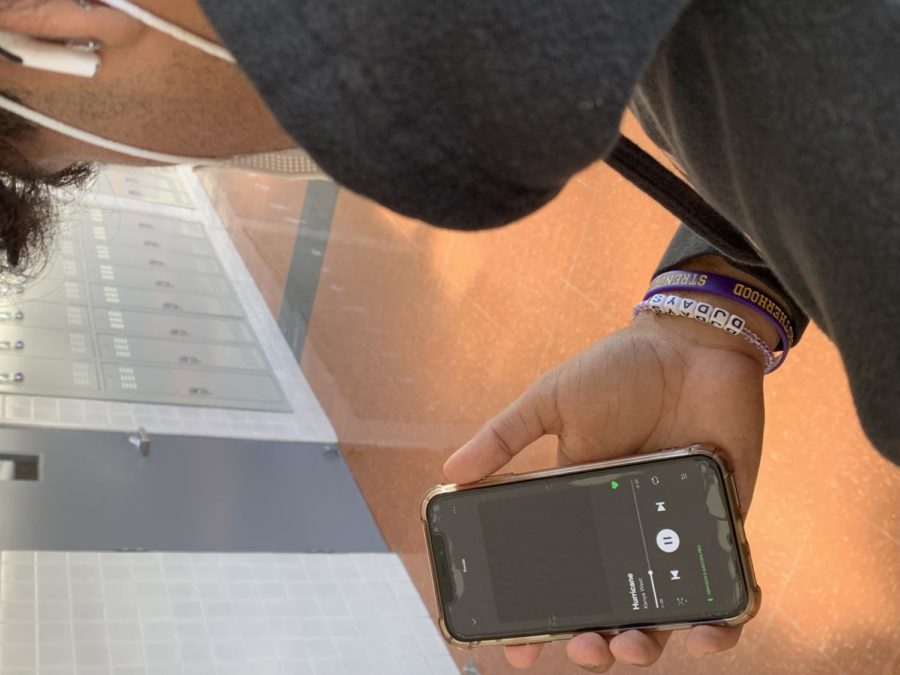 “Hurricane” featuring The Weeknd and Lil Baby is one of the fan-favorites off “Donda” by Kanye West.

If you’ve been anywhere on the internet recently, you know about the latest debate that has people in hate tweeting 24/7. This of course is because hip hop legends Drake and Kanye West have dropped their latest studio albums, “Donda” and “Certified Lover Boy”, respectively.

West released “Donda” to the public Sunday, August 29th early in the morning. The drop comes after a year of tweets, leaked track-lists, several album covers, speculation over features, memes, and three listening events in Atlanta and Chicago.

The 27 song LP is named after West’s late mother, Donda West, whom Kanye loved dearly . The project contains a wide variety of products and features, pulling genres such as rap, gospel, RnB, drill, trap, etc, together to create a truly unique listening experience. Songs like “Off The Grid ” and “Ok Ok”, which feature Playboi Carti, Fivio Foreign, and Lil Yatchy, are classic trap/drill songs with hard-hitting 808’s and insane hi-hats and claps.

Other songs such as “Moon” and “Hurricane ” have beautiful, euphoric production and surreal vocal performances from The Weeknd and Don Toliver. Whenever I play those songs, it feels like I’m floating.

But it doesn’t end there, West also includes gospel and soul-filled songs such as Pure Souls”, ”Jonah “ and “Jesus Lord”, which are perfectly executed with features from Roddy Rich, Jay Electronica, and Vory.

However, I have some complaints about some songs. First, I feel like some songs are too long. Songs like “Jail” and “Jesus Lord”  are good, don’t get me wrong, but I start to zone out after the 3-minute mark. Secondly, some of the mixing and mastering could’ve been done better, specifically the volume on Kanye’s vocals on “Junya” and the beginning of his verse in “Off The Grid.” I know Mike Dean was practically held hostage at Mercedes Benz Stadium in Atlanta while West worked on the album, but sometimes things slip. Finally, my last complaint is the addition of the ‘pt. 2’s” at the end of the album. The addition of the remixes was fine, but I feel they hold no place on the album.

Other than that, I feel like “Donda” was a great album. Although not better than some of West’s previous works, this album definitely holds high in Kanye’s discography. I give “Donda” a 7.5/10

Next, Drake’s “CLB”. Originally slated for January 2021, the album was released on Sept. 3, 2021, after an 8-month delay due to an injury, a torn Achilles specifically that Drake dealt with. So you would think with an extra 8 months to work on the project, we would get a masterpiece. Well, you thought wrong.

The 21 song tape brings what we’ve been hearing for the past five years with Drake: an array of different flows, mimicking his features and production by OVO40 and others such as Metro Boomin and TM88. The project is mainly rap/trap, with a few slower RnB songs, and even consisting of an afro-beat-inspired song reminiscent of his hit “One Dance,” which came out back in 2016. Oddly enough, this whole album feels reminiscent of his older works. That is my main problem with the album.

Most of the album feels like we heard it already in the past three projects Drake has released, with nothing new sonically. I didn’t have extremely high hopes for this album at all, and it still disappointed me!

See, Drake doesn’t make thoughtful, good music anymore. He solely makes radio hits, which isn’t a bad thing.  But for me, it makes it hard to compare this album to “Donda.” When you listen to “Donda,” you can hear the theme that Kanye is going for, a mix of rap with religion. We saw this in all the listening events and promotions for the album.

The theme for CLB was made super unclear when the album was released. I was originally expecting something like a “heartbreak” or “toxic text your ex” type album due to the promo, and I don’t really see it. This album feels like a mess, with different emotions all throughout the album. Going from songs like “Yebba’s Heartbreak”to “No Friends In The Industry” really throws me off. “Yebba’s Heartbreak” is a slower song and going from that to “No Friends In The Industry,” which is more upbeat, just confuses me.

Another thing Kanye did better than Drake was the utilization of features. They both had similar artists, if not the same, as features on both their albums, and Kanye knocked it out the park. Comparing West’s “Jonah” to Drake’s “In The Bible,” which both feature Chicago rapper Lil Durk, you can hear the pure, raw emotion and effort he puts into “Jonah” and the lackluster effort he puts on “In The Bible.”

But CLB is not a complete failure of an album. Like I said, Drake only makes radio hits now, and this album definitely has some. Songs like “TSU” and “You Only Live Twice” which features legend Lil Wayne and the biggest boss, Rick Ross are complete hits. The introduction track, “C. Poetry” also features a great instrumental, but that’s about it. Travis Scott also kills his feature on “Fair Trade,” with his signature euphoric auto tune use.

I’d give “Certified Lover Boy” by Drake a 5 out of 10, because sonically it sounds the same as other Drake music and doesn’t impress me. But, it does have some certified hits. My favorite songs off the album are “Fair Trade,” “No Friends In The Industry,” “You Only Live Twice,” “IMY2,”  and “TSU.”

Wrapping it all up, I think it’s clear that I heavily prefer “Donda” over “CLB” due to the fact that Kanye utilized his features better, it is more memorable than Drake’s album, it is sonically different, and actually sounds better overall. It has more depth, and has a solidified theme throughout the album. Once again, Yeezy has jumped over Jumpman (since Drake is signed to Nike), just like he did in 2016.