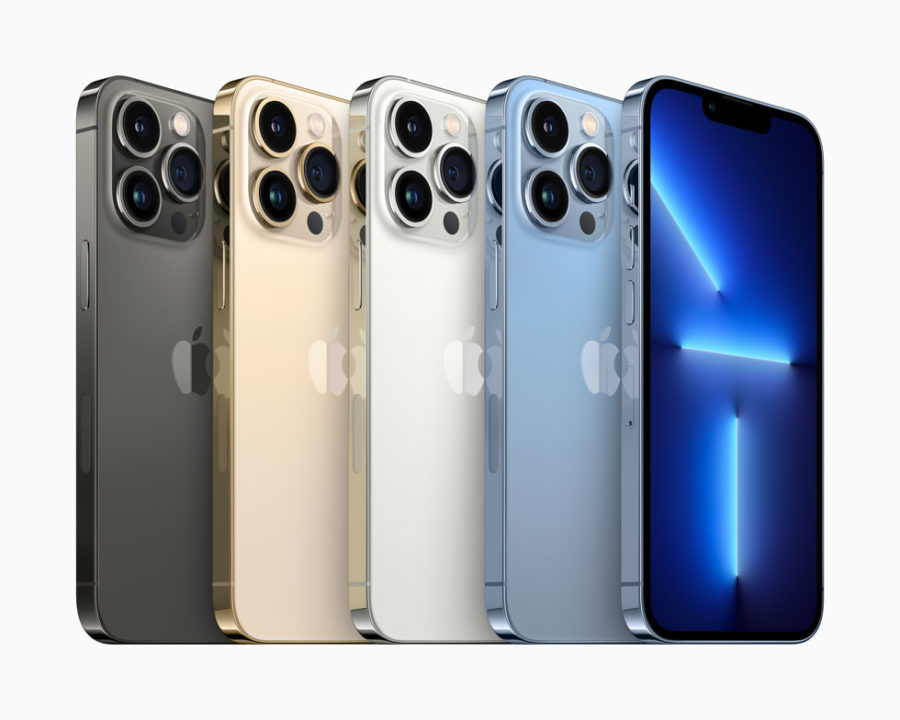 On Sept. 14, Apple introduced the newest version of their smartphone, the iPhone 13, during their virtual event held from their headquarters in Cupertino.

The iPhone 13 will arrive in four different models and three different sizes: iPhone 13 mini, iPhone 13 (standard version), iPhone 13 Pro, and iPhone 13 pro max. Apple unveiled the range of colors offered for the new phone, plus new additions such as sierra blue for the pro and pro max, and pink for the standard and mini version.

“I am indifferent about it. To me it’s not a significant change,” John Wu, the director of technology at Riordan said.

The new iPhone 13 is said to have an extremely durable ceramic shield that offers four times drop protection compared to any other iPhone model.

“I will not be purchasing it,” said Johnnie Pena-Muir ’23.

The new iPhone focused on one of the main selling points of their last phone, which was the camera.

Pena-Muir said, “I don’t think it will sell me on getting the new one. In a phone, I’m not looking for a super

great quality picture.” He continued, “What I take pictures of on my phone, they’re just everyday stuff, so I don’t need to do professional photography.”

Antonio Maffei ’20, hardware and software specialist, has similar opinions. “It was mainly a year for internals and focusing more on perfecting what they already had with the 12 series.” He added, “I will not be purchasing the new iPhone, mainly because I already have an iPhone 12 pro max, but that sierra blue color really tempted me.”

According to the Apple Newsroom, “iPhone 13 and iPhone 13 mini introduces major innovations in technology, including the most advanced dual-camera system ever on iPhone, a powerhouse chip, and an impressive leap in battery life.”

Wu chuckled in response and said, “I’d be willing to switch if my wife paid for it.”