Nike swoops in on upcycling trend for shoes 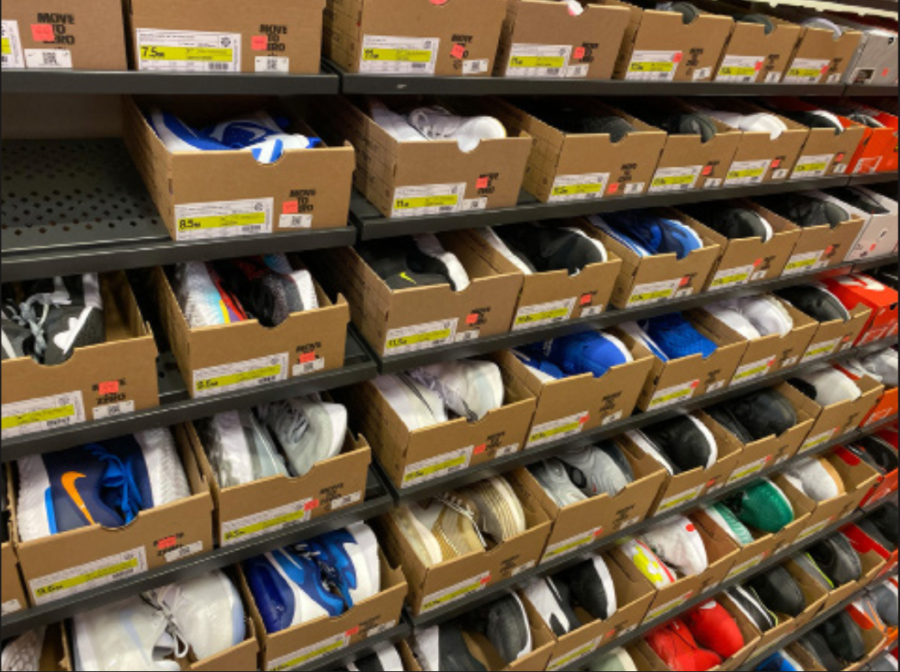 Back in early April, Nike announced a new program intended to benefit consumers, Nike’s sales, and most importantly, the environment.

After going through an inspection and cleaning processes led by Nike’s quality control representatives, these sneakers are shipped to exclusive Nike Outlets for customer consumption. Furthermore, footwear that goes through this program is priced extremely low, sometimes up to 65 percent off the original retail price, thus benefiting athletes and casual consumers alike.

From a consumer standpoint, Cross-Country and Track and Field Coach Benny Willers ’08 added his thoughts on the program, saying, “My go to sneaker brand is definitely Nike, so I would possibly buy shoes from the program. I’m not a huge sneaker fan, but if I like a pair of shoes I have to have them. Plus if they’re not noticeably damaged I’d for sure buy them for the cheaper price.”

Sneakerhead Kenneth Arteaga ’21 added, “I actually prefer to buy a worn sneaker over a new one because you can save a ton of money doing this. I usually visit the outlets whenever I get an update that there’s a certain shoe there.”

Led by Nike’s newest slogan, “Move to Zero,” this program revolves around the concept of reducing carbon emissions from factory production and reducing the amount of wearable sneakers becoming waste. Whilebenefiting the environment, Nike also benefits themselves by making profits from capable shoes they would have previously considered trash.

As Willers stated, “I definitely think it’s a good business move. But more than that, I think it’s the right thing to do. Many of these shoes get tossed or thrown out after someone simply scuffs them up a bit.”

At the Nike Outlet in Gilroy, it is obvious that a company with universal influence is taking into consideration the future of the world. From both a consumer and sneakerhead’s standpoint, the sizes and selections are impressive, and even more surprising is the prices.

From the everyday sneakers to the most recent basketball kicks coupled with unbeatable prices, the purchases are nothing less than tempting.

However, the only critique is these products are limited to a small number of stores, thus limiting the chance for cheap sneakers. Other than that, Nike Refurbished is a step in the right direction and offers quality pairs for quality prices.