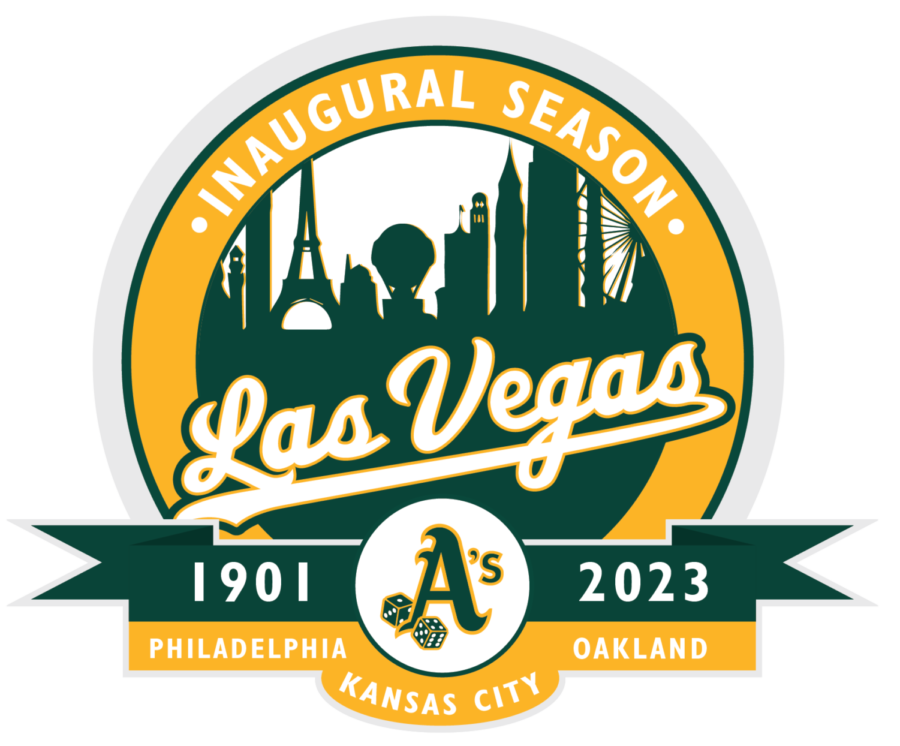 This graphic is an idea of what the new logo might look like if the A's move to Las Vegas.

The Oakland Athletics’ RingCentral Coliseum has been home to the Oakland A’s Major League Baseball team since 1968. The team’s current contract with the coliseum runs through 2024, and when that contract expires, they will likely relocate to Las Vegas, or stay in Oakland and create a new ballpark.

The A’s are still negotiating terms, with a final vote at the end of the year, but the two most apparent options for their destinations are a new spot in Oakland, and a ballpark in Las Vegas.

In October, the Alameda County Board of Supervisors tentatively approved a key part of the A’s financing plan for the new ballpark by the waterfront. The yes vote was a step towards keeping the A’s in Oakland; however, because it’s a non-binding vote, the re-location is still not confirmed.

The A’s have also received numerous offers from companies in Las Vegas for land to build a new ballpark. One is on the site of the Tropicana Hotel and Casino, and is a contender for the A’s location, though there is still a strong desire to remain in Oakland.

Fans received a survey recently about the A’s potential move to Las Vegas. The survey asked about interest in attending games in Las Vegas, design ideas for the stadium, opinions about moving to Vegas, and overall thoughts regarding the team.

San Francisco graphic designer, Kyle Tellier, mocked up a uniform and logo of the “Las Vegas A’s,” which has recently attracted a lot of attention. Tellier said, “They have the history with the ‘A’ insignia (and the elephant) always being part of their branding. Moving to Vegas, naturally we all think of gambling. I felt the dice was a nice compliment, bringing a new, modern feel to the team, but also keeping the A’s legacy.”

Nevertheless, Tellier isn’t too fond about the A’s moving to Las Vegas. He said, “The City of Oakland and the MLB needs to work something out. Las Vegas is a city of visitors and tourists, not a baseball city. People aren’t rooted in the city and culture, like how they are in Oakland, New York, or cities like Chicago and St. Louis.”

A’s fan Brady Nemes ’24 was sad at the thought of the A’s potentially moving to Vegas. He said, “I love the A’s, but it just wouldn’t be the same if they moved and were renamed The Las Vegas A’s. Oakland doesn’t deserve to lose another pro team, since they already lost the Raiders and Warriors. I hope they do stay in Oakland.”

Tre Aquino ’23 is a Giants fan who spoke on the A’s situation. He stated, “I wouldn’t really care if they left, but I know that if a local team like the Giants relocated, I would be very disappointed.”

For now, the A’s will continue to pursue the Oakland project, as well as the Las Vegas alternative. Next step is for officials to continue to negotiate terms and will vote on a final Term Sheet at the end of the year.