Let’s talk about the magic of ‘Encanto’ 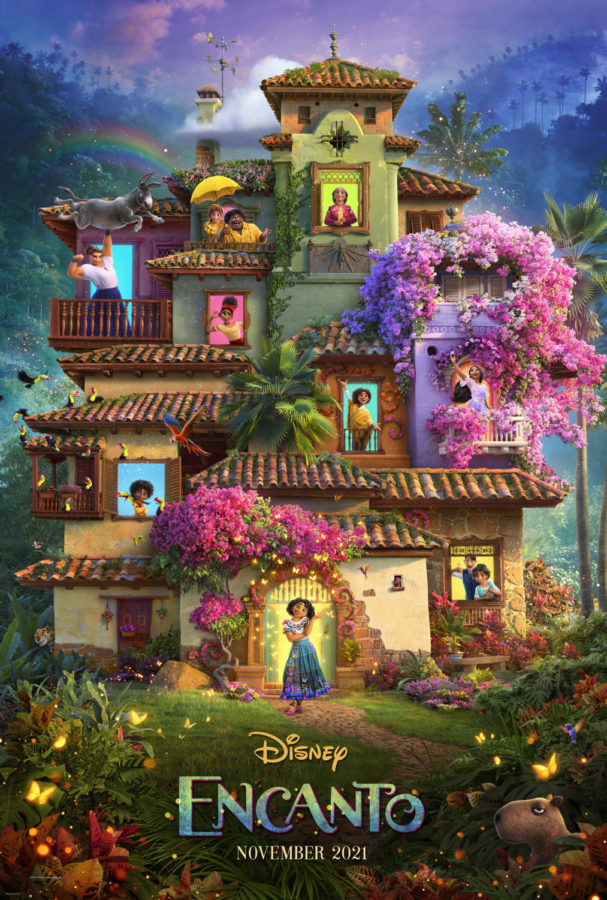 The beautiful visuals of 'Encanto'

Disney’s new movie “Encanto” premiered in Bogota, Colombia at the Teatro Colon on Nov. 24, 2021 and in the United States at the El Capitan Theatre in Los Angeles on Nov. 3.

This new movie is a musical written by Lin-Manuel Miranda and directed by Byron Howard and Jared Bush. In terms of music, Miranda absolutely hit it out of the park with a beautiful soundtrack featuring addicting songs such as “We Don’t Talk About Bruno,” “The Family Madrigal,” “Surface Pressure.” and “What Else Can I Do.”

It takes place in rural Colombia and focuses on a special family named the Madrigals that were blessed with magical gifts after the matriarch, Abuela, had to flee their old home and found the magical candle that gave them their blessings.

The main character is Mirabel Madrigal, who despite being in the family, wasn’t blessed with a gift like the others. Mirabel feels as though she is outshined by her sisters and cousins and that she’ll never be good enough for her Abuela. But even though Mirabel doesn’t have a gift, when the family’s magic is threatened, Mirabel is the only one who can save it.

The movie has been commended for the representation of Latin and Afro-Latino people and for touching on serious topics such as generational trauma, family turmoil, and impossible standards from your family and those around you.

“Encanto” perfectly encapsulates the beauty of living in a big family and the strife that comes with it.