Boudin must understand City in order to protect it 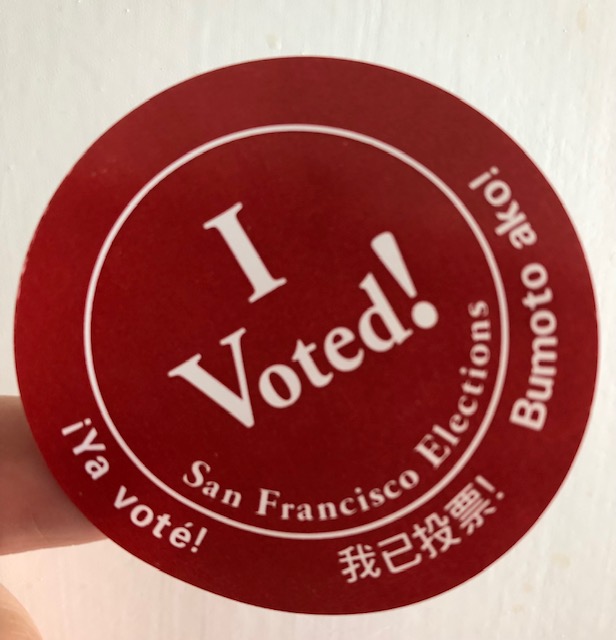 Voters are ready to make their voices heard in the June 7 election.

Politicians. They are tasked with maintaining the welfare of specific regions. Should such crucial leadership positions be entrusted to those born outside of the area in which they are seeking to represent? One may possess an impressive resume; however, it does not signify their thorough understanding of an area’s environment and behavior.

When desiring to assume an essential leadership role, one should be natural-born or at least have lived in the area in which they seek to preside over for a majority of their years.

San Francisco’s District Attorney Chesa Boudin was born in New York City and is a prime example of why politicians–who are not native to the area they lead–may be unfit to take on such a position.

Some residents of San Francisco are actively advocating for his recall. Ballotpedia stated, “A group called the San Franciscans of Public Safety started the recall effort on April 28, 2021 … Organizers had until October 25, 2021, to gather a minimum of 51,325 signatures in order to move the recall forward.  There were about 83,000 signatures submitted at the time of the deadline.”

The exceeding amount of signatures in favor of his recall is genuinely remarkable and indicative of his lack of understanding and protection of the people. San Francisco voters will decide this week.

The reasoning behind all the collective support regarding his recall is due to the fact that he continuously fails to keep San Franciscans safe. Recall campaign Safer SF Without Boudin stated, “burglaries spiked by 49 percent , and 84 percent of charged perpetrators were back on the streets within two days.” In addition, Boudin’s mismanagement led to the resignation of almost half of San Francisco’s prosecutors.

Boudin’s inability to fulfill his role as District Attorney stems from his unfamiliarity with San Francisco’s atmosphere, overestimating its liberal values, and integrating New York qualities into San Francisco. For example, the cash bail, according to the New York Post, was eliminated under his leadership, pretrial detention was restricted, and 40 percent of San Francisco’s jail population was released. This undoubtedly but indirectly encourages a massive influx in crimes.

If one aspires to take on a leadership position in a local government, one should familiarize themselves with its surrounding environment as it gives them a better conception of the area; therefore, allowing them to better empathize with the people and create beneficial and protective yet fair policies, a duty in which Boudin was unable to execute.